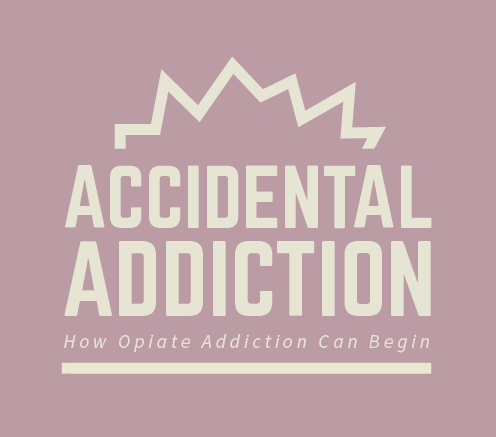 One of the reasons that accidental addiction are so widespread and problematic in the United States is that the addictions are often accidental. Individuals who may start out simply following their doctor’s orders can wind up abusing opiates, and it may not be through any fault or intent of their own. You need to better understand how accidental opiate addictions can begin in the United States and how you can combat them.

Rising Deaths and Exposure to Fentanyl

Fentanyl, a synthetic opioid that is almost 50-100 times more potent than morphine, and 30-50 times more potent than heroin. Fentanyl is prescribed to patients who suffer from chronic-pain or pain related to end-of-life circumstances where their condition is terminal. When misused, this drug is incredibly deadly, even in very tiny doses. Its purest form is a grainy white powder, with crystals similar to that of table salt. Because many street drugs are “laced” with other components, illicit drug makers are starting to use fentanyl in their heroin manufacturing. This is causing people to accidentally overdose, not knowing that their street heroin contains fatal amounts of fentanyl.

Opiates are Prescribed by the Millions in the United States

Even if patients begin taking opiate prescription medications legitimately and for medical reasons, they may begin to notice that their tolerance for the medicine increases over time. The typical amount for an adult to take when first beginning narcotic treatment for pain is 10 mg every 12 hours, or a total of 20 mg per day. While that may be sufficient to manage pain initially, some patients begin to need a higher dose due to an increased tolerance, which only strengthens a forming addiction and causes the body to rely on the opiates for pain relief and daily function.

Addiction is a medical illness, not something that people choose to pursue or a side effect of poor willpower. It’s recommended by many pharmacological experts that patients only take narcotic painkillers like opiate medications for less than 14 days, and some even argue that it should be limited to 3–7 days. Addiction can form in as little as 14 days, and taking prescription opiates even longer only makes the addiction stronger.

Alternative Opiate Sources are Sought Out

Whether cost or prescription access is a prohibitive factor, individuals who have learned to rely on opiate painkillers may begin to look for alternative sources to fuel their accidental addiction and prevent any pain from returning. Heroin can be one-tenth the price of medical opiates on the street, making them an appealing alternative for high-dose users.

Some studies show that more than half of current heroin users in the United States began by using prescription drugs. In fact, many people go back and forth, depending on availability. More options means more availability and fewer forced withdrawals.
Even if the formation of an addiction was accidental, it’s important to seek help. Recovery in Motion holds the key to helping you achieve lasting sobriety. Call (866) 418-1070 to break free from an opiate addiction and take back the life you deserve.