Not What the Doctor Ordered: 8 Common Prescription Drugs That Can Be Addictive 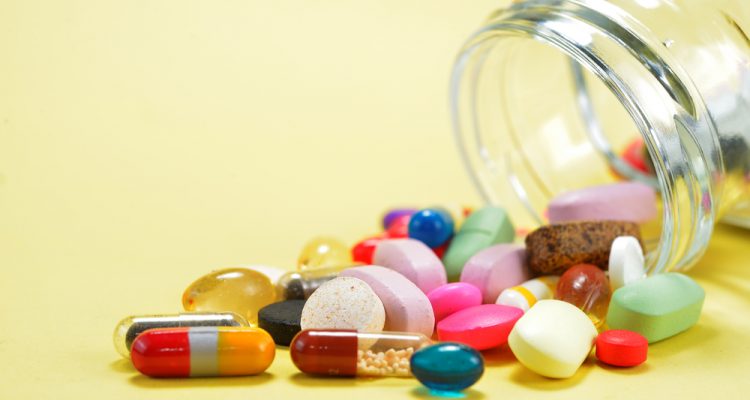 Not What the Doctor Ordered: 8 Common Prescription Drugs That Can Be Addictive

Often addiction and substance abuse are perceived as hard street, illicit drugs such as cocaine and heroin.

Yet, realistically, prescription drugs get abused much more than illicit substances. And millions of people in the U.S. are now dealing with addiction to a medication that was prescribed by a doctor.

Which drugs are most likely to become habit-forming?

Read on to learn about eight common prescription drugs that are actually quite addictive.

OxyContin (known generically as oxycodone) is an opioid painkiller that has a very high risk of abuse. It may also be sold as Percocet, which is oxycodone mixed with acetaminophen (Tylenol).

Both OxyContin and Percocet affect the central nervous system and alter the way the brain perceives and responds to pain. These drugs relieve pain and also bring on a euphoric, sedating effect. They’re often prescribed after surgeries or to help those struggling with chronic pain.

Many people who abuse OxyContin or Percocet consume these drugs by crushing and snorting or injecting them. This heightens the drugs’ effects, but it also increases the risk of overdosing.

Many people who abuse Klonopin do so for its sedating effects.

The “high” of Klonopin is similar to the effects one feels when they consume too much alcohol. People who consume Klonopin in excess may find that they feel drunk, relaxed, or more talkative and at ease in social situations.

Like Xanax, Klonopin is often abused in conjunction with opioids.

Adderall contains a combination of amphetamine and dextroamphetamine. It stimulates the central nervous system and brings on heightened energy and an increased ability to focus.

College students, shift workers, truck drivers, and other people who need to stay awake for extended periods of time are often the ones who abuse Adderall and other, similar stimulants.

Another commonly abused sedative is a drug known as phenobarbital. Phenobarbital is a barbiturate, a type of sedative that doctors prescribe to help patients who suffer from anxiety disorders, sleep disorders, or seizure disorders.

Barbiturates are highly addictive, and they can cause breathing problems in people who consume them in high doses. This is especially true if the drugs are taken while also consuming alcohol.

Lunesta (eszopiclone) is a sleep aid prescribed to those who struggle with persistent insomnia.

Drugs like Lunesta are not as addictive as other sleeping pills (like phenobarbital). But, they still have habit-forming potential, especially if they’re taken at high doses or taken for longer than your doctor recommends.

Codeine is another opioid painkiller.

When it’s consumed in high enough doses, codeine brings on a euphoric high, followed by a sedating effect.

Methadone is prescribed to individuals who need help weaning themselves off of highly addictive opioids like heroin. The problem, though, is that methadone, itself, is an opioid and has addictive properties of its own.

Methadone has many of the same pain-relieving effects that other opioids have.

When it’s used for too long or taken in higher-than-prescribed doses, methadone also has the potential to be abused.

How can you tell if someone is addicted to prescription drugs? It’s important to be able to spot the warning signs of addiction so you can help them get the treatment they need.

The specific symptoms an individual will experience when they’re abusing drugs varies depending on the type of drug. There are some similarities among these symptoms, though, including the following:

It’s also important to be on the lookout for the following behaviors:

If you notice any of these signs or symptoms in your loved one, there’s a good chance they may be struggling with prescription drug addiction.

How do you help someone overcome a prescription drug addiction? There are many different approaches that can be utilized to overcome addiction.

Common approaches include counseling in an individual or group setting or receiving treatment at an inpatient or outpatient recovery facility.

Before encouraging them to seek treatment, though, it’s important to have an honest conversation with your loved one. Talk to them about why you’re worried and the effects their addiction is having on you.

You may want to do this one-on-one or with a group in the form of intervention.

Are you or someone you love struggling with an addiction to one of these common prescription drugs? If so, remember that it’s never too late to seek out help.

At Recovery in Motion, we offer tools and resources to help you overcome your addiction and live a happier, healthier life.

Contact us today to learn more about our services or to schedule a visit to our facility. Our helpline is open 24 hours a day, seven days a week, so you can reach us at any time!