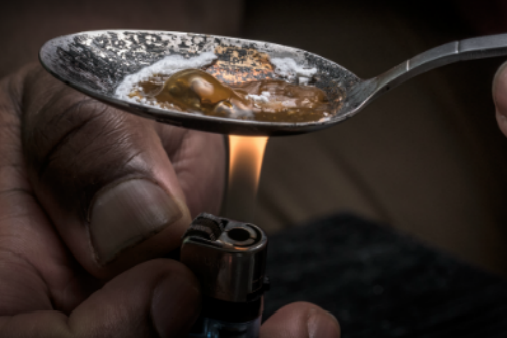 Drugs have been a difficult element of human society, from the 19th-century opium dens to today’s increasing outbreak of heroin addiction. The desire to take the edge off is understandable in a world filled with social pressures, an unstable political climate, stress from work and school, and the problems that come with personal relationships.

Unfortunately, many drugs are far less harmless than they appear on the surface. An easy high one day quickly becomes a life-changing addiction the next, roping casual users into a web of abuse that’s extremely hard to escape without an effective addiction treatment program. As the fastest-growing drug in the United States, heroin’s rise to prominence has sounded a death knell for thousands of individuals across greater Tucson, Arizona. As of late, it has gotten even worse with fentanyl-laced heroin making its way to the heroin addicts in Tucson, Arizona.

The Deadly Combination of Fentanyl and Heroin

If heroin and other opioids have been a long-standing part of drug abuse in Tucson, Arizona, why is an epidemic-level of use and overdose taking root only now? It’s a question many unfamiliar with the drug scene ask, and the primary answer is simple: fentanyl-laced heroin.

An extremely strong opiate that is widely available in hospital settings, fentanyl has been detected in batches of both local and Mexican-sourced heroin in Tucson. Boasting potency 50 times that of heroin, alone and 100 times that of morphine, even a small amount of fentanyl can prove fatal, especially for new users naïve to the risks of using fentanyl-laced heroin. Tucson, in particular, has seen a great rise in fentanyl-laced heroin, contributing to the continually growing rate of overdose in the metro area.

The ties between overdose and the presence of fentanyl in heroin are extremely clear, especially to those on the forefront of the fight against heroin. In fact, an estimated 6,000 out of 28,000 heroin-related overdoses in 2014 were linked to fentanyl-laced heroin. No one is immune from this deadly substance’s power, either; many attribute the death of beloved actor Philip Seymour Hoffman to fentanyl-laced heroin. Fighting an addiction alone is nearly an impossible feat, typically requiring a medically-supervised detox stay followed by long-term rehabilitation.

Why Fentanyl-Laced Heroin Is So Harmful

Heroin is an extremely addictive drug that is nearly impossible to treat alone. Add another highly addictive substance like fentanyl to heroin and you’re guaranteed a whole new level of addiction. Despite a deep desire to quit, the physical and psychological ties are intensely strong, preventing even desperate users from breaking the cycle.

In fact, much of the fentanyl-laced heroin’s challenging nature is related to its effects on the brain. Unlike drugs like marijuana that are far more mentally addictive than physically, heroin that is laced with fentanyl actually changes the way users’ brains work, creating a need for drug use in order to feel happy and just normal. When consumed, fentanyl-laced heroin triggers opioid receptors, releasing a flood of dopamine into the reward center of the brain. This rush of pleasure and excitement is extremely intoxicating, triggering the evolutionary mechanism that keeps humans focused on achieving and recreating positive sensations.

Over time, however, opiate use actually changes the brain. As a tolerance builds, increased access to the drug is needed to trigger the same feelings, leading to a craving for a high level of dopamine that the brain cannot produce on its own. When this occurs, the ability to enjoy other gratifying activities in life is diminished.

Fentanyl-laced heroin use also leads to positive mental associations. As use increases, users feel as though they cannot be happy without drugs, perpetuating a chronic use of the drug that starts to permeate all facets of everyday life. In time, this drug concoction becomes impossible to ignore, and even daily activities like shopping or driving trigger an urge to get high. This psychological addiction can be just as powerful as the physical components, creating a multifaceted connection to fentanyl-laced heroin that can be nearly impossible to sever without the assistance of a comprehensive co-occurring treatment program.

The city of Tucson is facing a heroin crisis. While present across the country – the CDC estimates over 60,000 deaths from opioid overdose in 2016 alone – the state of Arizona is on unique footing due to its proximity to the border. With active cartels in Mexico running drugs over the U.S. border and a location just an hour away up Interstate 19, availability is significantly higher here than in the farther-flung corners of the nation. In fact, Pima County, home primarily to Tucson and South Tucson, had an overdose rate twice that of other counties in the state. Drug convictions are on the rise, too, with 248 in the fiscal year 2014, up from 155 the previous year.

Tucson’s location in relation to other states poses problems, as well. Due to the transportation corridors connecting Southern Arizona with Colorado, Texas, and California, Tucson remains a top destination for distributors, ensuring a continual heroin supply feeding Tucson addicts. While much of the area’s heroin is moved to other cities, plenty stays local, influencing countless residents each year. Addiction in Arizona often starts young, too; the early stages of opioid abuse are most commonly seen in teens and young adults. In Tucson and the country as a whole, overdose is a leading cause of death among millennials.

Mapping the History of Heroin in America

Heroin, despite its current threats to the U.S., is not exactly a new substance. Initially used as a pain management solution created by boiling morphine, the long history of heroin use is critical to understanding today’s challenges.

In the U.S., the perils of painkillers first became clear with the rampant use of morphine during the Civil War and the subsequent addictions that followed. In an effort to introduce a less dangerous option, Bayer – the same company known today for Aspirin – created a regulated version of heroin that was released in 1898. Marketed as non-addictive, heroin was lauded as a wonderful alternative to morphine, boasting the ability to fight pain and address illnesses like tuberculosis and bronchitis without risk. Heroin was even recommended by the AMA in 1906 as a safe substitute for morphine.

The fallacies in this early use should come as no surprise. Before long, heroin addiction was a critical issue, with 200,000 cases in the New York City alone. This lead to a federal crackdown on use as well as 1914’s Harrison Narcotics Act, a piece of legislature that influences the zero-tolerance approach to drugs that the country still holds to this day.

Over the subsequent decades, the war on heroin still raged, taking place on street corners and back alleys rather than in doctors’ offices. This all changed with the more recent wave of prescription opiates in the 1980s and 1990s, however. Pharmaceutical companies developed numerous new opioid pain relievers in this time period and managed to convince an entire generation of doctors that they were safe to use. As such, prescription rates surged, leading to millions of scripts written each year for drugs like Vicodin, Demerol, Lortab, and Percocet. While the medical community has attempted to crack down on this problem, an estimated 12.5 million individuals abused pain medication in 2015.

Due to the restrictions involved in obtaining prescription opiates, heroin, sometimes unknowingly laced with fentanyl, is the next best thing for many addicts. Approximately 6% of those who abuse prescription drugs transition to heroin, and 80% of those who use heroin first used prescriptions – a shocking statistic that strongly affects current usage patterns.

How Drug Rehabilitation Can Help

As a heroin addict in Tucson, it’s not uncommon to feel lost, isolated, and hopeless. At Recovery in Motion, we can help.

As a full-service drug & alcohol rehabilitation center in Tucson, Arizona, we are prepared to help heroin addicts find an end to addiction. Recovery in Motion facilitates evidence-based Cognitive Behavioral Therapy, an effective means of Psychoeducational Therapy in a addiction treatment program.

Unlike a solitary attempt at recovery that relies on little but willpower, time in an inpatient treatment facility can ease the withdrawal process, address the medical risks involved with ceasing use and provide the emotional support necessary to heal. With assistance from trained addiction counselors, substance abusers can focus on the root issues driving addiction in order to develop healthy coping methods to be used in place of drugs.

If you or someone you love is abusing heroin in the greater Tucson area, help is available. Please contact us today at 1-866-418-1070 to learn more about the recovery process.