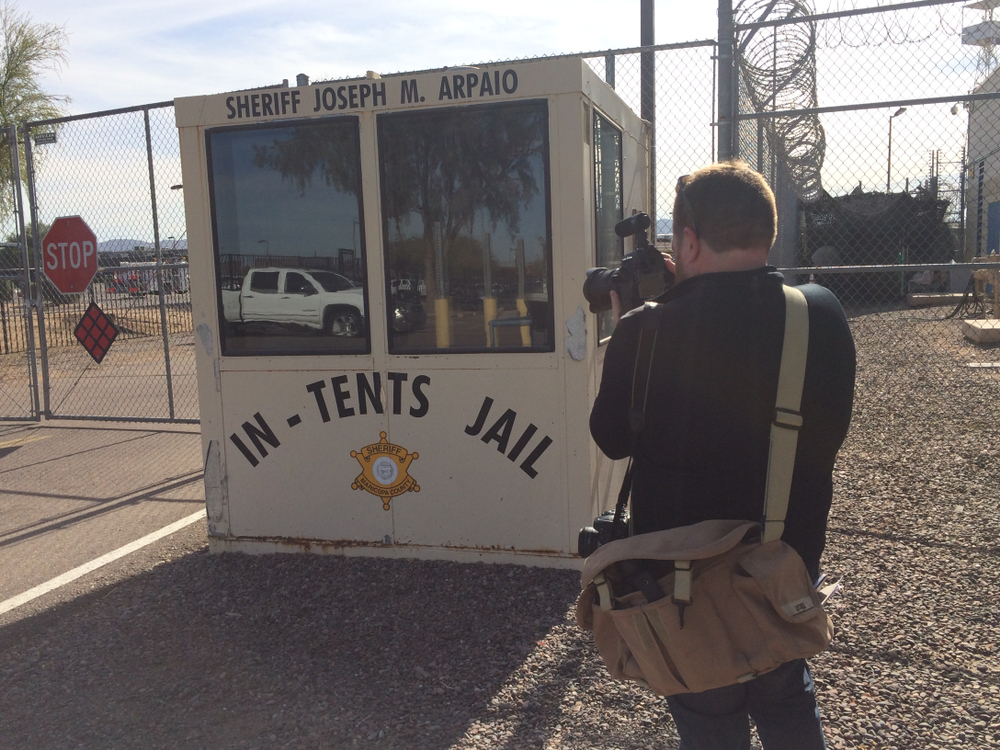 The tent city jail is a state-operated jail facility in Arizona. In recent months, it has made its way on to headlines as a result of potential plans to transform the facility into a center for addiction treatment. The tent city jail is a facility that consists of several outdoor tents that prisoners reside in. These outdoor tents are associated with cruel and inhumane conditions due to the cold months of winter and the unbearable heat. The jail was built during the rise of Sheriff Joe Arpaio as part of a no-nonsense campaign which was meant to send a message to criminals.

Here prisoners work hard-labor jobs while eating food that the Sheriff himself boasts is terrible, and admittedly demeaned in the name of restitution. Fortunately, this is all coming to an end as the election of new Sheriff Paul Penzone promises not only a change but dignity for those who may need it the most— substance abusers.

Penzone recognizes that the majority of Tent City’s inmates are drug offenders, or have gotten a DUI, and may not need punishment, but rather addiction treatment. With that knowledge and the unarguable fact that the nation is experiencing an Opiate abuse epidemic, Penzone sought to turn Tent City’s forbidding past into a brighter future for those serving time for substance abuse issues, or probation violations related to drug relapse. His idea was to re-purpose the facility into a state-funded drug treatment center.

The plan was officially announced in February of this year, including the closing of tent city, a full remodel and adding additional facilities which will serve as employment and housing buildings. The facility will be an extension to an existing program known as Mosaic- which evolved from the previously longstanding Alpha program— which will be 7 weeks long and will focus on helping criminals deal with trauma and behaviors that lead to criminal and substance abuse behaviors. Additionally, the employment center will help inmates learn job and interviewing skills, and provide a housing building that will help reduce homelessness issues in Maricopa County. All in all, the project aims to reduce the occurrence of repeat offenders in the Arizona jail system and reduce the rate of substance abuse relapse among former inmates.

The new and improved facility is set to open in the summer of 2018, with an additional 700 beds between the corrections center and the employment center. Because the program is only 7 weeks in length, the facility should help rehabilitate 1,747 inmates per year, greatly combating the Opiate crisis in Arizona, while also reducing tax dollars used to house inmates for repeat offenses related to drugs and Alcohol.

While the initial investment cost is estimated at approximately $20 million, the plan also included an additional facility which would house prisoners, therefore taking money away from private prison owners, while also cutting costs on the amount of money spent annually in the Arizona jail systems by reducing the amount of returning offenders.
This new initiative is being called an opportunity by Sheriff Penzone, who recognizes that addiction needs to be treated— not punished— and is approaching the situation with both compassion and radically insightful strategy.